We are well known in our community for providing exceptional service and high quality hearing aids!

Even if you have a slight hearing loss or a severe one, Hearing aids Albuquerque can help find a solution for you! Our hearing care specialists Albuquerque are trained in the latest hearing loss treatments. Call us today for your free hearing evaluation!

Hearing Aids Albuquerque is well known in our community for providing exceptional service. Our highly skilled audiologist Albuquerque NM is here to serve all your hearing healthcare needs. We offer the latest technology available in the industry. Stop in our office today to schedule your free hearing test and consultation! 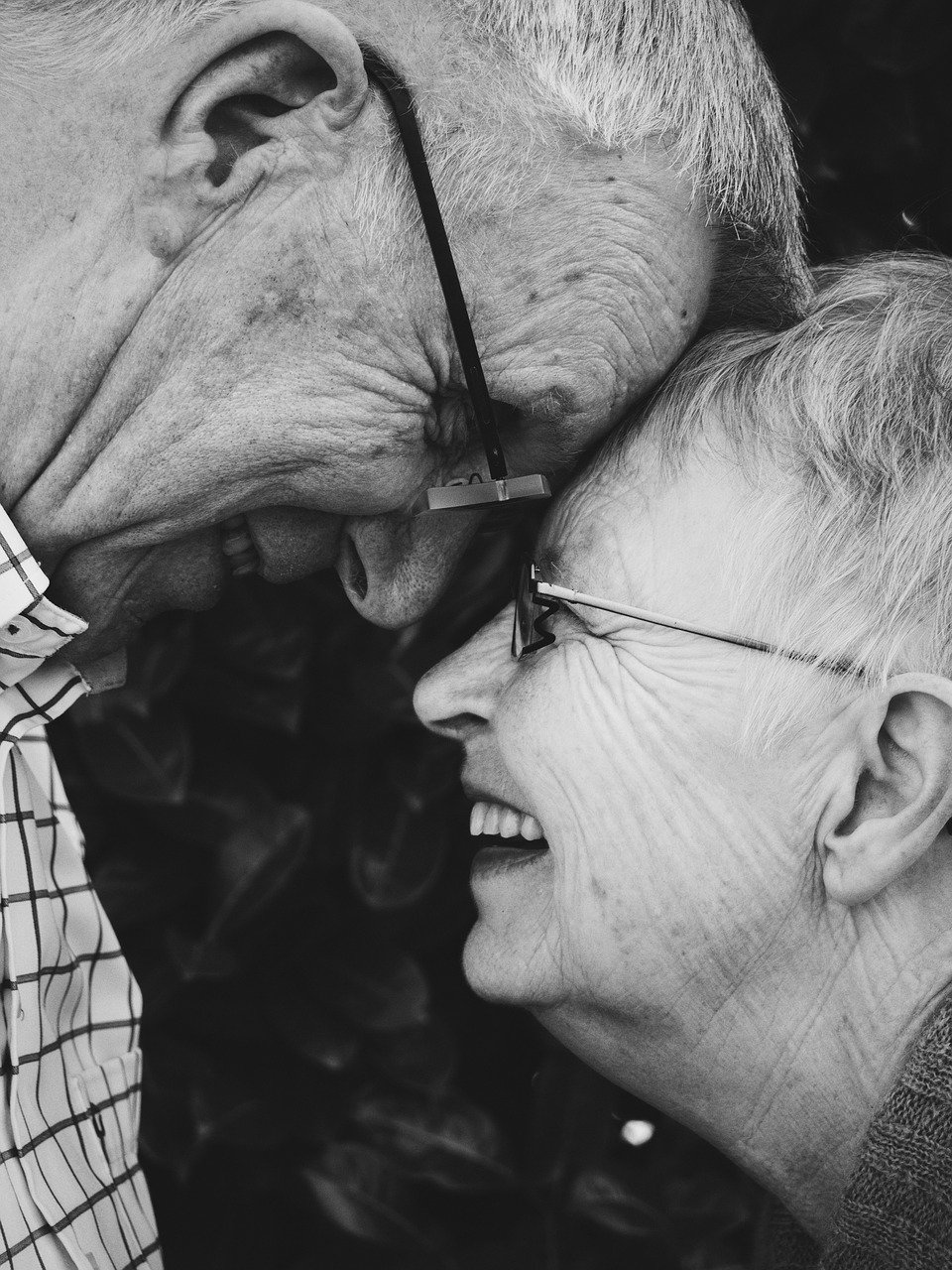 At Albuquerque hearing aids, we are dedicated to serving the community of Albuquerque with honesty and respect. We want to be your hearing healthcare family. We care about building genuine relationships with our patients.Do you feel left out of conversations with your family because you can’t hear what they’re saying? Do you find that you have felt isolated and lonely because of your hearing loss?

Many people with hearing loss struggle with anxiety and depression because it affects your life every day and can have an impact on your well being. Let us help you hear better so that you can reconnect with your family and friends. Our goal is to help you navigate through the world of hearing loss. We are here to answer all of your questions and concerns. We will guide you by helping you choose the best hearing aids for your unique hearing loss.

Our patients often refer their family and friends to us because they know that we are trustworthy and give quality service. Call us today to schedule your free hearing test and consultation. Our experienced team is ready to help you get back into the world of hearing and get back into life!

We love our Albuquerque community and neighbors! We are thankful that we have been able to serve our friends for many years. We love getting to know our patients and appreciate them. Some of the reasons that many our current patients refer their loved ones and friends to us is because:

Hearing loss can have a significant effect on your quality of life. It can make some people experience feelings of isolation because conversations can be difficult.

Treating hearing loss can have a positive effect in a person’s life and can help them feel happy and included in conversations.

Call Hearing Aids Albuquerque today to schedule your free hearing test with one of our friendly, experienced audiologists and let us help you improve your quality of life by helping you hear again!. 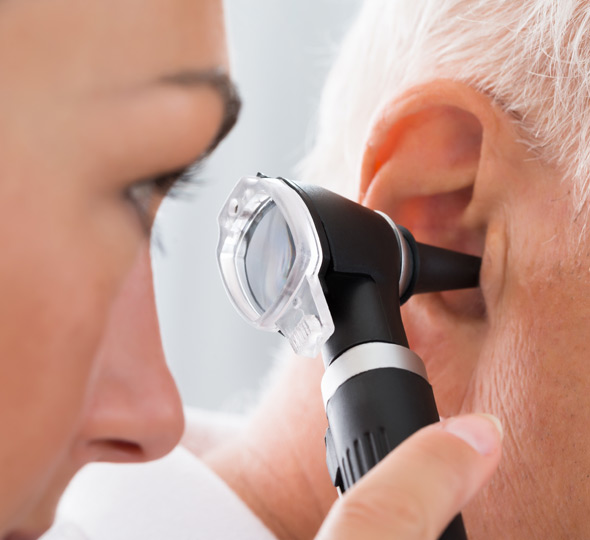 Get Your Free Hearing Consultation!

Our staff has a reputation for being friendly and knowledgeable. You should always feel comfortable at Hearing Aids Albuquerque. When you walk in our doors we want you to experience a stress free and pleasant visit. Our patients choose us because they know that when they walk in our doors, we make sure to pay attention to their every need. We guide and help you learn about all the aspects of hearing loss and hearing aids.

When you get a hearing test Albuquerque, you will sit in a soundproof booth and we will place some headphones on your ears. The first test you will be given is a pure tone test. You will hear a series of tones and push a button whenever you hear the tones. Next, you will receive a bone conduction test. This test will reveal if there is a problem in the middle ear. The next test is called a speech test.

This helps the audiologist test your ability to understand speech.The last test is Tympanometry. Tympanometry tests the condition of the middle ear and the mobility of the eardrum.The results of these tests are presented in an audiogram, which will show the degree of your hearing loss and if you will benefit from wearing hearing aids.

Hearing Aids Albuquerque offers a wide range of services to help you hear better. We take great effort to educate our patients about all aspects of hearing healthcare. We offer the following services:

We offer Albuquerque hearing aids from the brands that you trust. You can choose the latest styles and most advanced technology. Now you can stream phone calls directly into your hearing aids.

The latest technology also helps you find your lost hearing aids, change the right and left volume together or separately and check your battery status. Our hearing aid audiologist will help you find the best hearing aids for your loss.

When you notice the signs of hearing loss, you need to schedule an appointment right away.. As your hearing declines over time, so does your brain’s ability to adapt to and localize the speech sounds you want to hear. Untreated hearing loss can cause frustration with your relationships and you may find yourself isolating from social gatherings. It’s important to get your hearing checked and to find solutions to help you hear better. Call Hearing Aids Albuquerque today!

All hearing aids will require maintenance and repairs from time to time.

Our team is here to help diagnose your issue and we can make the needed repairs right in our office. If we can’t repair your devices, we will send them out for servicing.

Ear wax is normal and it helps to protect our ears. But if you have impacted wax and experience discomfort, it’s important to see an audiologist to address the issue.

Our qualified and experienced team will give you a series of tests that will help determine the extent of your hearing loss.

After the hearing tests are completed, our audiologist or hearing specialist will sit down and discuss the results of your audiogram with you.

If you have a hearing loss, we will help you find the right hearing solution.

Whether you need your current hearing aids adjusted or your new devices programmed, our goal is to make sure that you are happy with how they sound.

If it’s your first fitting, we use your test to tell us how we should program your hearing aid so that it’s adjusted to your unique hearing loss.

When I was searching for hearing aids near me, I found Hearing aids Albuquerque by reading hearing aid reviews online. The audiologist helped me find hearing devices that didn’t cost a fortune. I love how they sound.

There are two hearing aids stores near me. I walked into this Albuquerque hearing center and was greeted with a smile and treated with respect. The hearing specialist near me really listened to my concerns and helped me know which hearing aids are best for me.

I found this place when I was looking for hearing tests near me. The audiologist Albuquerque helped understand that I had the signs of hearing loss and gave me a free hearing test Albuquerque. They were all very professional and I had great service.

Albuquerque is the largest city in New Mexico with a population of over 560,000. The economy of Albuquerque centers on science, medicine, technology, commerce, education, and entertainment.

The city hosts the international balloon fiesta, which is the world’s largest gathering of hot air balloons, taking place every October at a venue referred to as Balloon Fiesta Park.

Albuquerque is home to the University of New Mexico, the largest public flagship university in the state. UNM includes a School of Medicine which is ranked in the top 50 primary care oriented medical schools in the country.

The following are cities that surround Albuquerque:

Cheap hearing aids do not properly amplify the higher sound frequencies. These frequencies include the range of female speech and children’s speech. Cheap hearing aids just amplify all sound and do not adjust to your own particular hearing loss. They may send loud feedback noises to your ears. A good quality hearing aid is not cheap. Hearing aids are an investment and come cost from $1000 to $3000 per hearing aid. There are a few models on the market that are less expensive than this without compromising on quality. Your hearing aid specialists Albuquerque NM will help you find different types of hearing aids within your budget.

What hearing aids are best?

With so many brands on the market, it’s hard to know what to buy. At Hearing Aid Albuquerque we work with many hearing aid brands and can help you find the best hearing aids to suit your budget, lifestyle, and hearing loss.

How do I find good audiologists near me?

It’s best to ask your friends, family, or co-workers for referrals. Many audiologists rely on referrals for new patients.You can also look online to read reviews of hearing aid offices.

How much are hearing aids?

What are the different types of hearing loss?

Sensorineural hearing loss, when there is a problem happening in either the inner ear or the auditory nerve, which delivers sound to the brain. This can happen due to aging, being around loud noises for too long, or taking certain medications.

Conductive hearing loss, when sound is not reaching the inner ear. This can be because of an obstruction like impacted earwax, a ruptured eardrum, or fluid in the ear.

Mixed hearing loss, when hearing loss is caused by a combination of sensorineural and conductive loss.

What are the causes of hearing loss?

The most common cause of hearing loss is aging. You might start to notice that you may hear someone but not understand what they are saying. Some losses are hereditary or noise induced. Some may be caused from taking certain medications or from head trauma or tumors.

The best way to know if you have hearing loss is to schedule an appointment for a hearing test Albuquerque NM with a hearing aid doctor or hearing aid specialist.

Hearing Aids Albuquerque has been serving the local community for years. We offer the latest in hearing aid technology from all hearing aid brands. We will help you find a hearing solution custom-fit for you!

Are you ready to hear better today? Take advantage of this opportunity to improve your communication with those around you! When you schedule an appointment with one of our audiologists, they will take the time to evaluate your specific needs and give the right recommendations. Call us today to schedule your free hearing test. We look forward to getting to know you and can’t wait to help you hear better!

Legal Disclaimer – This is a referral site. All work completed by a licensed professional.